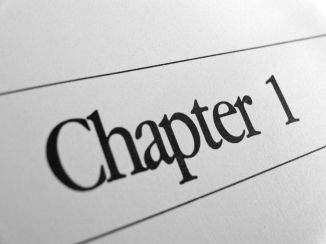 Do you write titles for chapters? What are they like? Are they a suggestion of what the reader is going to get in that part of the story?

If that’s the case, why not just let the reader discover that by reading the chapter? Why give the game away?

I write short notes on each chapter. Sometimes a simple line, or paragraph. Maybe a little more, but not much more. When I come to write a chapter, I can refer to those notes. But I don’t want to the reader to ever see those notes. They’re the prompt for the performance I’m putting down on the paper for them. I want them to see the finished article, not the mechanics of how it was made. Does that make sense?

Some authors can just sit at a blank screen and write, with no notes or prompts. Others have to research extensively and practically write the chapter (or even more, based on word count) before starting the first draft. It’s not right to say that I sit somewhere in the middle: I’m much closer to the former than latter. I write just a few little notes to get me started, but nothing more. I want to be largely free to make things up as I go, as the idea comes to me. Those notes just help keep me grounded in the wider context on the story.

Writing a title and/or notes for a chapter is a great idea for many for these reasons. But when it comes to having a title for your chapter, think very hard about whether or not the title adds anything for the reader.

Here’s a general rule of thumb: if the book would still work without titles, then you should probably ditch them.